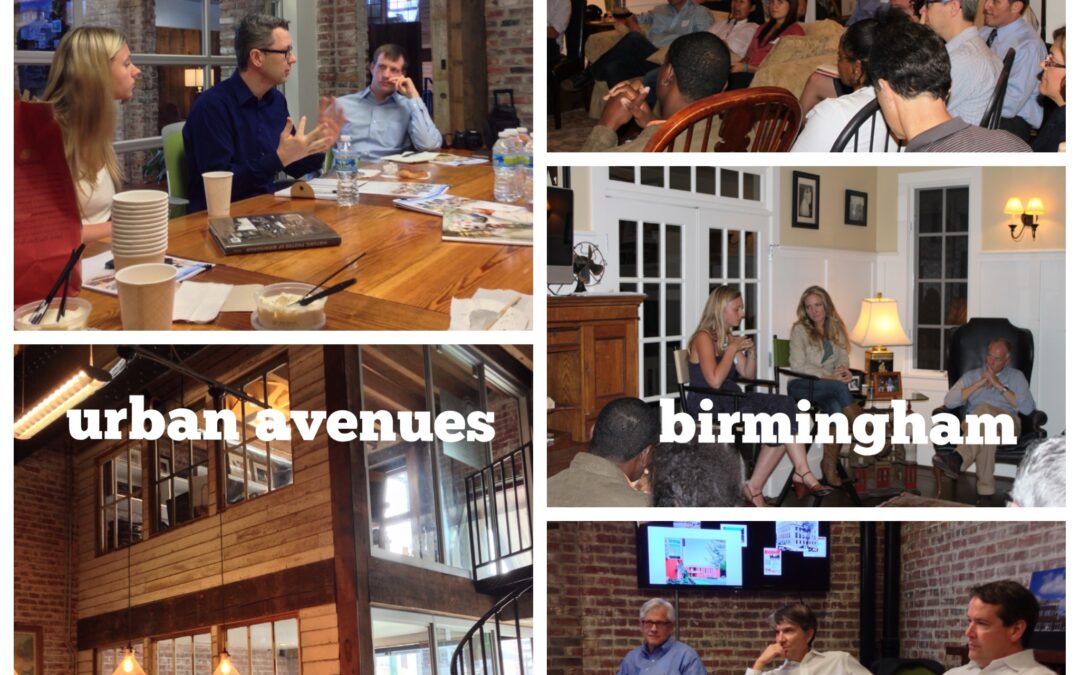 The fervent desire to effect change and the commitment to action intersected Monday night as folks from across the country gathered at the Lankfords to discuss “Urban Avenues.”

The concept of “Urban Avenues” sprouted from family and friends who together want to start and see revival in Birmingham, the city they call home. Old relationships were kindled and new ones sprouted between kindred spirits whose desire is to see true change.

Birmingham is one of Alabama’s and the country’s most historic cities. The “Magic City,” was a central setting for our nation’s civil rights movement. We are reminded of some of those memories as we approach the 50th anniversary of the 16th Street church bombing. Birmingham’s once thriving steel industry has died down and the city in a lot of ways struggles for identity, or at least a positive one.

As of late, there has been a sort of renaissance in Birmingham. The urban center is becoming attractive with new businesses as well as a new ballpark for the local Birmingham Barons. There is a new, fresh energy going around and is a perfect time for things “Urban Avenues” wants to formulate.

“Urban Avenues,” is in early stages of concept development. Members are reaching out to friends across the country to expand the conversation about  making a lasting impact on Birmingham.  Two of the individuals specifically brought to this “Urban Avenues” meeting were Teresa Goines, founder of Old Skool Café, and Allison Wilmarth Kovak, an academy award winning film maker.

Teresa spoke to the group of about 40 people about her experiences in the restaurant industry as a ministry for at risk teenagers in the San Francisco area. Her story has inspired many across the country and her words of encouragement at “Urban Avenues” inspired the leaders of Birmingham as well. Teresa’s story, although encouraging, did show the sometimes gritty side of being a change agent in a world that keeps dark stories. Change is never easy, whether it is trying to get people on board to help bring it about or trying to get people to accept it. Rolling up sleeves and choosing not to stand for the social injustices of our times is definitely a road less traveled, but Teresa’s story is a living example that is it a road worth traveling nonetheless.

Allison’s story begins and continues in Opelika, Ala. After a stint living the life of a filmmaker in Los Angeles, and an Academy Award, a higher calling gripped Allison to pursue work she believes matters at the deeper levels. She strives to bring to light truth, beauty and goodness in all that she does.