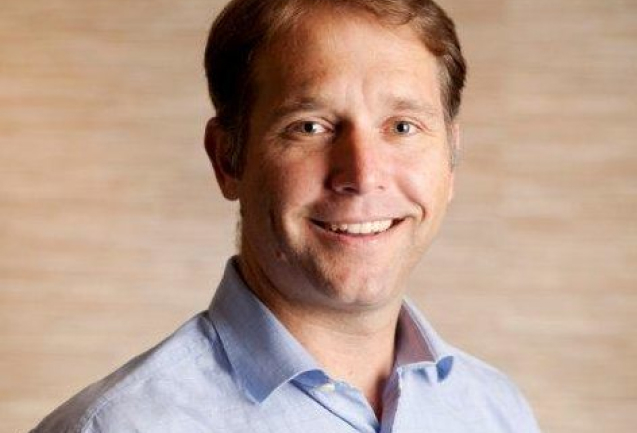 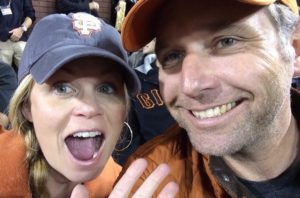 “There is value in intelligence, but long term in health care services, it is the company that can create the best culture that’s going to win. If you see mediocre healthcare, it is usually coming from uninspired people.”

Change leaders that make deep and lasting marks in the healthcare landscape are a constant point of fascination and energy for our group.  Passionate humans that express dignity across their domain of influence are generally very in tune with elements of their own stories, the teachings that they have received from others and the experiences that have profoundly shaped their core.  Compassion is one of the emotional catalysts that we always look for, partly because we spend so much time on the front lines of healthcare and hear the stories of providers and patients fighting through the complex and painful challenges of being sick and pursuing wholeness.

We were recently invited to sit with a friend that has had his hands amidst the clay of complex care modeling.  Misha Palecek is currently the Chief Development Officer of DaVita Kidney Care and specifically leading a genesis design group that has launched DaVita Health Solutions.  This group envisions and builds new care models for some of the most complex treatment situations.  Teams of physicians, nurses, clinical operators and social service professionals are immersing themselves in a “moon launch” endeavor from Philadelphia, Seattle and parts of the Northeast.   Their work brings physicians and clinical support teams into very personal context with their patients and their families and equips them with technology tools that adds simplicity to the progression of care.

We know Misha well enough to know that much of our conversation would center on the work of his team members and the great strides these individuals were making in their collective effort to change healthcare. Before we got there, though, we intentionally curved the conversation back to him personally.  We knew about his accomplishments on the college tennis team at Stanford and the myriad of initiatives within DaVita  that he leads, but we wanted to understand more about his personal “why.”  That is the place that you get to the true ethos of a leader’s core and we wanted to go there with Misha. When Steve Jobs was speaking to a Stanford graduating class he cited three defining moments of his life as leaving school, getting fired and having cancer.  This from the man that birthed the Mac, the iPhone and gave us Siri.  The confluence of the good things and the hardest things pushed into Jobs’ life in transformative ways that all contributed to who he was as one of the greatest innovators of his generation.

Taking on hard things has played a large role in Misha’s story, as well.  He describes three formative aspects that have shaped who he has become as a person and a leader.

“My parents escaped Czechoslovakia in 1969 and received political asylum in the United States. It was hard and for all intents and purposes they fought for the American Dream and they achieved it for me and my brothers.”  Listening to him describe their sacrifice and hearing the respect that is very fresh for him today gave us a sense of why he can relate so readily to the struggles of families that move through the complex dance with scarcity to make life work and build a better future for their children. This connection to his parents’ determination informs his deep commitment to solving healthcare affordability riddles and his inspiration to expand meaningful availability of the models within his niche.

Sports is clearly a second formative dimension.  Misha is a determined competitor and tennis has been his game of choice. A childhood dream had been to play tennis at Stanford University and the lessons he had learned growing up in the game ultimately prepared him to earn a spot on the team.  Amidst this group of elite athletes, he saw that he was individually part of a greater whole.  Sacrifice, the ability to put team above self, is something that shaped his values and built patterns that express themselves within DaVita and his work today.  Reflecting on memorable matches he described some tough fought wins, but Misha speaks of loss and the ability to deal with it as something essential to his personal center of gravity and that of his team as well.  “Tennis taught me that with all the best training and discipline, you are still going to lose games and how you deal with that, what you take away from those losses, is fundamental to what you can offer to others amidst the challenges of a business or society as a whole.” Stanford provided a mentor for him, as well, in the tennis coach who he describes as a genuinely invested leader who saw ways to support the development of each player and took steps as their ally to push toward each individual’s maximum potential.

Six years ago, Stanford was the setting of another crucial moment in Misha’s narrative. At age 37, his brother contracted a staph infection and was in Stanford Hospital for three weeks. It was a battle he was unable to win physically, and his brother passed away. “As his point person, I saw first-hand how the system worked at this top-notch institution. I’d lived a blessed life until then, and when something like that happens, it changes perspectives on so many levels.  Every day, I encounter people in one dimension of life and have a perception of what they are doing and why.  In reality, we all have things going on in our personal lives that can involve tremendous undercurrents of strain and uncertainty.  Going through my brother’s illness, I have so much more empathy and insight amidst life with other people.”  Compassion and genuine depth came across as he took some time to move through this particular reflection.

“In reality, we all have things going on in our personal lives that can involve tremendous undercurrents of strain and uncertainty”

In his current role at DaVita, Misha is assembling some of the brightest minds in the healthcare business. In his opinion, there isn’t a secret sauce anymore for delivering value-based medicine. What it comes down to is leadership attributes, and he is tapping into the resources of his own story to express the meaningful values of his own life and build a highly driven and empathetic leadership culture.

“For us, it’s all about the caretakers and physicians delivering care. If you don’t figure out how to  attract and retain leaders and inspire them to enjoy and get fulfilled by their jobs, you won’t be able to bring the value you hoped you were going to.  There is value in intelligence, but long term in health care services, it is the company that can create the best culture that’s going to win. If you see mediocre healthcare, it is usually coming from uninspired people.”

Misha’s wife Amanda adds shape to the concepts around culture, care design and creativity.  As a trauma surgeon at San Francisco General she is inspiring conversation nationally through a non-profit that she co-founded called Better Lab.  “We are frustrated with the limitations and brokenness of traditional public health and are convinced that we can create more of an inspired solution.”  Her vision is to build a new type of care economy that is for the community, with the community and by the community.  There is a sense of mutuality between the designers and the recipients of care that invites the recipient to be more than an endpoint of their own care.  Ideally, they are inspired to become part of the ongoing design process and energize an entire stream of new and creative solutions.  These solutions, if applied in iterative ways, have enormous opportunity to deconstruct and eliminate waste and bring us to a better place universally.   This mingling of spirit for Misha and Amanda has offered them an opportunity to energize and sharpen their collective perspective and to appreciate the ironic blending of their life passions.

Misha is able to pursue those passions within DaVita’s most recent venture, DaVita Health Solutions. “We are getting smarter amidst this concert of care, getting the right resources for specific patient needs. Our newest solutions are targeting some of the sickest patients with the highest chronic disease stats and seeing them in their homes.  It makes sense at multiple levels and especially amidst care sensibilities of the front-line providers and their patients.  There is a different level or immersion that occurs as a provider when you physically are present in the full context of a patients home environment.  It introduces a different kind of presence and awareness that dignifies the patient in unique ways.”

We talked about the implications for patients and their families as consumer technology constantly evolves to help people think about their health, and how to keep themselves healthy.  The optimism, the commitment and the focus that punctuated our conversation was a telling sign that Misha – and hopefully other leaders like him – are committed to move beyond the noise of the healthcare conversation and make meaningful change as a function of their own values and the personal experiences that have formed them.  “What I find exhilarating is the potential that if enough things go in the right direction and enough puzzle pieces fall into place, we can actually have an impact on how healthcare is delivered and, if we do it right, can set an example that others can follow and have a real impact on how American healthcare is delivered.” he said.

Misha lives in California with Amanda, and their two sons, ages 3 and 1 year.  Native California roots keep them close to other family members  and Misha says he feels fortunate and blessed. I want to have a blending of life and work and get the most out of both, and when I look back on my life I want to have no regrets.”