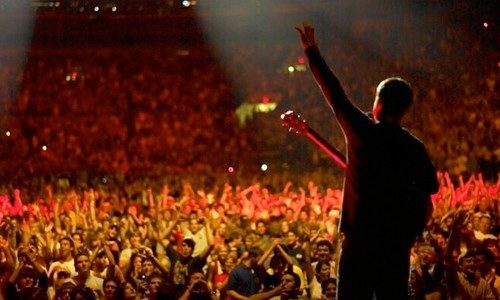 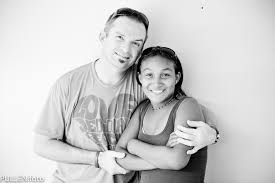 Inspiration.  How often do you find yourself moved by something in such a way that you know you have to step in and make it part of your story?   Take a minute and think about the last time that happened where you couldn’t stand idly by and miss the opportunity to act, to join, to lead or to participate.  That is the energy that changes people in ways that their purpose is suddenly clear and their commitment is galvanized.

I recently met an individual who, in just a few days, taught me a lot about this form of inspiration and what it means. He has impacted many lives throughout his career and most know him as the drummer of the band Dispatch

When Brad Corrigan talks about the band, he is obviously quick to mention his two band mates, Pete Heimbold and Chad Urmston. He is just as quick to highlight the fans and the role they have played in the band’s history.

“One of the big reasons Dispatch worked is that some bands aren’t relatable. A lot of bands want a huge stage and a lot of space between that stage and the audience,” Corrigan noted. “They are on a pedestal, they are unattainable and not connected. Our band fits under the category that the people can see themselves in us and can relate to us.”

Dispatch is unique in many ways, but mainly because they are an independent group. Corrigan describes it as a little band that was doing really cool things because of the power of the three members coming together.  They were inviting people to be a part of their story and wanted to be a part of the fans’ lives as well. He attributes much of the band’s success to that idea and the organic community and family that was formed around the bigger picture. Corrigan, like us, is a firm believer in the invitation.

There is a stark contrast between being sold a story and being invited into one, which is what he has found to be most sustainable. People know the difference in feeling a part of a community as a contributor and being leveraged for something.

“We want to meet, inspire and encourage people. We want to know what they are interested in,” Corrigan said. “I love that people can really relate to us and 18 years later we are still with a loyal family of fans because it began in a genuine and authentic way.”

In the midst of his endeavors as a professional musician, Corrigan found himself drawn from the bright lights of venues like Madison Square Garden onto a darker stage. In 2005, Corrigan was playing a youth event in Nicaragua and was exposed to an audience like one he had never seen, eventually learning that a significant number of families in the area made their homes in a trash dump in Managua, Nicaragua.

Corrigan made numerous trips to the trash dump over the next two years and met a young girl, Ileana, who Brad will tell you changed his life forever. She invited him into her story and he has since founded an organization, Love, Light & Melody. They seek relationships and step into Native American lives in South Dakota and new communities resurrecting from trash dumps in South America.  Their vision is the same for both: life comes from beauty and healing from brokenness when people move out of their comfort zones.

For the past 18 months, Corrigan has worked to fund a film project around Ileana’s story and smile, with a message fueled by invitation and community.

I was really interested when the conversation took the turn from Dispatch to Ileana, and began to realize that they aren’t all that different. Both are rooted in relationships between friends who saw value in one another and invited others to play a part.

“Ileana is exactly the same as Dispatch,” Corrigan said. “When I was doing the tour for Ileana, playing people’s living rooms and anywhere that I went, it was the exact same energy and desire and I got the same result. It is just meeting people and inviting them into a story.”

Everyone who is part of The Parnassus Group Community of Leaders understands that as such, they must inspire people from their core.  It can’t just be about a new program or initiative, but has to tie to something larger and lasting.

The musician inside of Brad compares it to a hit song that climbs the charts and after a few months, the band disappears. We all could have thought this band was here to stay, but then something else comes along and our focus shifts because we weren’t connected to them at a deeper level.

“It is the flavor of the month and that’s just how we consume, but if people are inviting you into something authentic and they want you to become a part of it that is a totally different ballgame.”