John Donlan – The Practice of Peace Amidst Ambition For Change

John Donlan – The Practice of Peace Amidst Ambition For Change 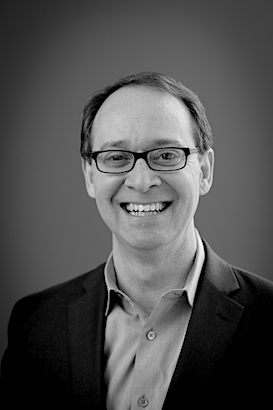 That crucible, on the precipice of war refined John’s spirit and intellect, creating strength for sharp challenges ahead

Across the healthcare industry, leaders have a common and often vital trend of comparing their work to that of a warrior. Daily life isn’t comprised solely of board meetings and strategy sessions; it’s being in the trenches alongside your facility operators to provide the highest quality patient care. It’s putting out the fire in a clinic with a physician shortage. Battling every day to attain and utilize the resources necessary to make patients better. In the midst of these chaotic surroundings, these leaders are the peacemakers. The halls of Parnassus are filled with echoes of “war stories” we’ve heard from our community of leaders. Celebrating the successful missions of our allies across healthcare is one of the greatest joys of our work.

When we sat down with our friend John Donlan, Chief Managed Care Officer of Steward Health Care, we heard more than military metaphors. As a Captain in the US Army, John was a change-agent in some of the most fragile environments in the world. As a member of the Donlan family, he was a part of a unit that actively served their community. In healthcare, he was a leader for one of the first ACO’s and engaged in Population Health conceptualization years before it became a common strategy.

Roots are always relevant.  John was born into a bustling environment. As one of six children, his home was a “constant tornado.” His mother was a warm source of compassion and calmness. His father, an educator and school administrator, brought the hard stories and impoverished students home to be a part of the shelter that his family could provide.  Together, the couple made their home a safe haven for all who had need. Children with difficult home situations were all welcomed by the Donlan family, demonstrating to John early on the value of community accountability and service.

Service and humility eventually led John to Notre Dame. “I wanted to go to a university that balanced the importance of community, faith and service and saw Notre Dame as an outstanding school.” ROTC and a fire for international service led him into the cutting edges of military service.  In The Former Yugoslav Republic of Macedonia, he was leading a medical platoon with 40 medics.  Their charter was peacekeeping and he was in the heat of the conflict on the Serbian-Macedonian border.  Reflecting on that period, John told us  “Peace is not the absence of conflict. Conflict is not necessarily bad, as long as it’s centered on compassionate assertiveness and leading to justice, that gets us moving toward peace.”  John received the 1st Armored Divisions “Distinguished Leader” award and the Macedonian President’s recognition for his platoon’s response to a terrorist act.  That crucible, on the precipice of war refined John’s spirit and intellect, creating strength for sharp challenges ahead. NATO recognized this and asked him to lead an international clinic in Belgium. As a Director, this was the turning point for Donlan’s career. He embraced an uncompromising commitment to conflict resolution to get peace, and pursued it on a group, national and global level.

“Peace is not the absence of conflict. Conflict is not necessarily bad, as long as it’s centered on compassionate assertiveness and leading to justice, that gets us moving toward peace.”

Donlan’s return to the the United States began with the early work of improving key elements of Medicare Advantage plans within Tufts Health Plans.  John led hospital and physician contract negotiations amounting to $1.2 billion in medical services. He and his team renegotiated over 100 provider contracts that reduced the medical cost trend by $50 million, one of the lowest Medicare Advantage cost trends of the decade. Joining Caritas Christi (soon to be Steward Health Care) in 2008, he proposed an avant-garde vision.  In the world of larger and more dominant systems, Caritas needed a unique model to maintain relevancy. Donlan suggested a value-based contract and pricing model that would completely transform the nonprofit hospital. The result was a community-based Accountable Care Organization before the term became notable. In less than two years, these new risk-based contracts increased the system revenue by $180 million while improving quality and lowering overall healthcare cost trends, positioning it well for purchase by a private equity firm in 2010.

The organization became Steward Health Care and John’s impact continued as newly appointed Chief Operating Officer. He expanded the model to include Medicare Advantage risk and Steward was then selected to be among the first provider organizations in a Pioneer ACO in 2012. In only one year they became the #1 Pioneer ACO in the United States as ranked by CMS.

If you ask John how they were able to achieve such success, he attributes it to his team. A crucial component to a team, however, is the empowerment they receive from their leader; something that John so easily extends. He understands that by asking people to expand their imaginations and work beyond the limits of their roles he is promoting growth and inspiring natural trust in him as a leader and the innovation he represents. From medical staff to the financial risk team, he fought in the trenches before them and knows how to fight alongside them today.

“Our biggest battle is with ourselves and getting a sense of what it is we want to accomplish,” he said. “We need a national exercise in mindfulness about healthcare to assess what’s going on across the spectrum, what is right and wrong, and embrace change in order to move in the right direction. We need a calm on a national level and avoid the toxic narrative of blame and treating everything that’s broken as an evil perpetrated by an opposing political agenda.   As a community we have a much more homogenous sense of the values and ideals of our health care system than one would perceive in the media or political dialogue.”

“We need a national exercise in mindfulness about healthcare to assess what’s going on across the spectrum, what is right and wrong, and embrace change in order to move in the right direction.”

His natural calmness has set him apart as an ambitious architect.  We are looking to leaders like John to set a cadence of change that pushes us beyond the mediocrity of legacy solutions and envisions justice as a measure of performance for providers and payors alike.  You don’t have to stretch your imagination very far to see the boy that sat with a compassionate table of diversity in his youth, building a kind and accountable ecosystem for health for our future.  We are grateful to have John as a member of The Parnassus Community of Leaders.