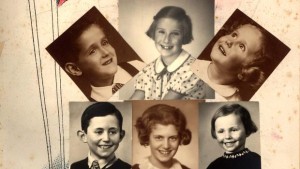 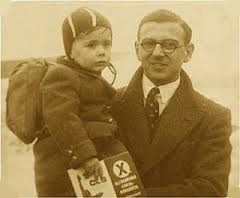 “One saw the problem there, that a lot of these children were in danger, and you   had to get them to what was called a safe haven, and there was no organization to do that. Why did I do it? Why do people do different things? Some people revel in taking risks, and some go through life taking no risks at all.”

On July 1,  Sir Nicholas Winton died at the age of 106.   Few stories pose as much dramatic irony.  It would have been so easy to enjoy the comforts that were afforded to this young and successful stock broker in pre-war London.   At the urging of a friend, on an impulse,  he canceled a Swiss skiing vacation and flew to Prague  when a friend simply asked him to come and see what was happening in the Sudetenland (western region of Czechoslovakia).  The Nazis had just annexed the region and were spreading their net.

The New York Times writer Robert McFadden reports “Mr. Winton found vast camps of refugees living in appalling conditions. The pogroms of Kristallnacht, the “Night of Broken Glass,” had recently struck Jewish shops, homes and synagogues in Germany and Austria. War looked inevitable, and escape, especially for children, seemed hopeless, given the restrictions against Jewish immigration in the West.”

No programs for the Czechlosovakians like the ones that had been formed for Germany and Austria to get Jewish children under the age of 17, out of their countries and into the safety of England.  None until Mr. Winton took his intuition, his grit, his political savvy and financial perception and created a secret network of Nazi’s made complicit with bribes, insurgents within Czech circles and a network of Foster homes that he stirred up in England to welcome Jewish children.  Over a period of the next year, he liberated over 600 Jewish children with daring train rides and border crossings to get to England.

669 children were rescued.  50 years went by and no one knew of Winton’s Children and the daring narrative of risking all to save some one else’s children. He simply never spoke of it.  Not the daring operations that he set up in London and Prague, not the cunning utilized to create an identity within a well known humanitarian organization by editing their stationary to include a “Childrens Department” so that he could get the credibility required to get the attention of Parliment, not the visa’s that had to be created on the side to get past the hurdles in the British government that would have most surely left these children to be executed with their parents.  None of this came to light until his wife of of some 40 years found a dusty scrapbook in the attic.  A book with all the children’s names, their paperwork, their stories from application interviews with parents in Prague.

What started as a decision to divert two weeks vacation ended up opening the door to some 16,000 lives that are represented by the children, grandchildren and great grandchildren of the 669 that he saved.  No credit was desired, and none given until 1988 through the work of the BBC.  Watch this video and be prepared to be stirred by the humility amidst the awe of life protected, life reflected and the enormous capacity of one mans hidden determination and ingenuity.

During this Fourth of July, we have much reflecting to do and yet even more work to anticipate in the decades ahead.  What are your quiet and subtle stories that will reverberate through the lives of the people you affect?  We are grateful to pose such a question to the people in our community of leaders.